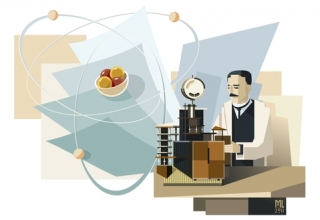 What do we mean by reaching a “certainty” in the scientific field? In the paths of research, are there really results that become “points of no return”? Is certainty contained in the combination of observations and measurements, or is there a “leap” between the amassing of data and becoming certain of something? Of what do we become certain: of the data observed, or of a wider reality that the data point to?

In progress towards certainty, how much does the method with which we question reality count? The theme proposed by the Meeting 2011 invites us to focus on the experience of reaching certainty in scientific work. And it is precisely experience that shows us that man is actually able to reach “points of certainty” in research. The capacity to outline in a stable and definitive way certain traits of the physical world is not the outcome of an automatic process, but implies the commitment of the human subject in a tension towards a point of arrival that is not merely the sum of the individual steps. Normally, it is not the experimental data that constitute the scientific “result,” they are rather a web of clues, of “signs,” which open up to knowledge of a new aspects of reality. Then, in time, the build-up of new observations, experiments, theoretical developments, and continuous critical confrontation among scientists, go to build up a network that grows richer, more articulate and interconnected that lead to evidence so solid and stable that, at a certain point, it becomes unreasonable to doubt it.

The exhibition will illustrate this dynamics, not in abstract, but by recounting an event. One of the events that changed the path of science, exactly one hundred years ago. Today, no one can reasonably doubt the existence of atoms and their nuclear structure. The exhibition will follow the main steps that brought us to this “point of no return,” by revisiting the questions that – from the intuitions of the ancients to the first naïve models of the atom – led, at the beginning of the last century, to the crucial experiments of Ernest Rutherford and to the formulation of his “planetary” model of the atom.

The certainty that matter is built of atoms and that these atoms have a nucleus, doesn’t mean at all that we have understood everything of the atom and of the nucleus. This very certainty becomes immediately the basis for new questions and new discoveries. From Rutherford’s day to now, that particular aspect of natural reality that we call the atom has taken up more the character of a real object, to be investigated in order better to understand its nature. In the meantime, it has changed its face repeatedly, passing from indivisible to divisible, from a solid object to a field of forces. With analogous experimental logic and with more and more sophisticated technologies, the nature of matter has been explored more and more deeply, to the point of revealing the internal structure of the atomic nucleus.

This has given us, men of the 21st century, grave responsibilities. For example, the extraordinary prospect of having at our disposal, tomorrow, the same form of energy that keeps the sun and the stars shining.

The visitor will be invited to immerse himself in the environment of an advanced laboratory of the beginning of the 20th century, like that of Rutherford in Manchester, to relive the debate that accompanied the research into matter, then on to make a virtual visit to some of the most advanced scientific laboratories working today. At the same time, he will be provoked to question himself over what are the elements of scientific certainty and to take account of the fact that certainty is not the definitive possession of the reality under investigation, but openness and obedience to all that this reality has still to reveal.