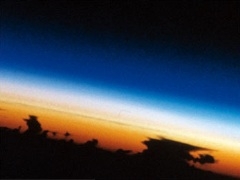 The issue of climate change is one of the most crucial in our time. It constitutes a scientific challenge of enormous scope and at the same time an unprecedented cultural opportunity. It compels us to take stock of the essential factors of the relationship between man and nature in the post-modern period. In the course of the millennia man knew how to use nature creatively as a function of subsistence and to improve his standards of living. The last 300 years, dominated by the industrial and technological explosion fueled by a certain idea of progress, have seen an extraordinary development of man’s impact on the environment with results that are not always predictable. The sharp increase in the quantities of carbon dioxide in the atmosphere and its possible correlation with an increase in the average temperature of the planet is a cause for anxiety: for the first time we are faced with the possibility that human activity will partly or overwhelmingly alter the earth’s climate at the global level.

The debate over these issues is heated and extreme. But the media barrage is often not matched by an adequate clarity of scientific facts. It is essential to distinguish between established facts, conjectures and open questions, as well as to understand the major uncertainties surrounding the models at present used to draw conclusions and predict future scenarios. We do know that in remote periods, long before any possible human influence, the climate of our planet has gone through significant variations, such as glaciations or long periods of drought. So if today we are witnessing global climate change, is this due to human intervention or mainly “natural” causes? And what measures should we take? These questions are often given diametrically opposed answers, at times dictated by prejudices, vested interests, fear or ignorance, rather than any authentic quest for truth. On the one hand there is the catastrophism of those who preach we are on the edge of a mass extinction; on the other the indifference of many people, stuck with a conception in which the Earth is thought of as a limitless resource capable of taking any amount of misuse.

The exhibition ATMOSPHERA, by presenting the essential factors in the problem from a scientific point of view, seeks to bring out the richness and delicacy of the natural phenomena which combine on our planet to create a climate suitable for life. The visitor is led through a fascinating interdisciplinary exhibition, from the distant past of the history of the Earth down to the most pressing current concerns. The path through the exhibition inevitably prompts us to ask ourselves what is the most reasonable attitude in facing the problems and decisions we are called on to make. At this point the question oversteps the boundaries of scientific method and invokes our very conception of “nature” and of “man”: the scientific explanations, valuable in enabling us to understand to factors involved, fail to provide an answer. In the Judaic-Christian tradition, the cradle of modern science and technology, nature is given to man for his good, so that he can be fulfilled and collaborate with creation. But at the same time man cannot dispose of nature at will. Pope Benedict XVI has repeatedly underlined the epochal importance of the issue and indicated the criterion by which to deal with it: ” we cannot use and abuse the world and matter merely as material for our actions and desires … we must consider creation a gift that has not been given to us to be destroyed, but to become God’s garden, hence, a garden for men and women.” A renewed awareness of nature as creation can give rise to an unprecedented protagonism in the relationship between man and nature, which will call in question the very idea of “progress” as conceived in recent history. It is not a question of renouncing the use of resources but of doing so with moderation and prudence for the good of all, well aware of the limits of our knowledge and recognizing the world is a precious gift entrusted to our care and responsibility.